Previous Next
Dad is Doing Well

(From William Pratney, Winkie’s son) Dad is doing well. His cough seems to be improving, now that we’ve found some stuff at a local health food store that he’s started to take. His blood tests came back negative for infection, both viral and bacterial, so that is good news. The doctor thought that one of the blood pressure medications may have been the cause for the cough. His blood pressure was low, very much within deemed safe levels, so that particular medication was removed from his regime. One of his tests revealed slightly high-cholesterol levels and a cholesterol lowing medication was prescribed.He hates the cholesterol lowering medication however (one of the “statin” drugs; something he had previously researched and deemed harmful), and has opted for natural, non-pharmacetical cholesterol lowering solutions instead. Among these are high doses of Clinician’s Cholesterol Lo, combined with Clinician’s Pure Neptune Krill Oil, neither of which is considered a blood thinner to our knowledge. Normally he would probably use grapefruit or one of it’s derivatives, but since he is absolutely forbidden to use grapefruit at this time, especially in conjunction with his medication, he is forced to turn to other natural solutions. We have also switched him to a rice-bran oil based butter substitute (which he likes), and a lower-fat type of milk. We are also now trying harder than ever to keep him mostly on fish and fowl, lessening his intake of red, fatty meats. He is also working towards to losing some weight. I still don’t have any tennis players lined up for him (sorry – my fault…been busy), but he’s keen to start getting out there more often and hitting in the sun. In other news, my grandmother, (Mom’s Mum) now 90 years old, is on her way soon to Jesus. We think she will probably die very soon – any day now. I am writing this on Thursday, February 11th, at about 11:00PM Wellington, New Zealand time. By the time you get this, she may have already passed.  She has been in a nursing home for the last year, having suffered a stroke which affected both her long and short-term memory. Mom and Grandpa are finding this time especially difficult. Grandma has been refusing food and fluids, and they are keeping her alive on an IV, using morphine to help alleviate any possible pain she might be facing. Her mind is all but gone right now, and the nursing home has suggested “pulling the plug” (which we are not inclined to do). So we are praying for God’s mercy in this situation, and are hoping that she will pass sometime in her sleep. Winkie is keen to get back into preaching, but I can tell from the trouble he is still having with word recall that he’s definitely got some healing to go, and isn’t there yet.

He has been working diligently to get some of his old sermons photocopied and typed up for me to (possibly) use in Australia. In the future I’d like to see all his sermons archived like this and (possibly) made available for download for others to use. Goodness knows how many sermons he’s taken from other preachers – I don’t think he’s going to have much of a problem with others using his. ( :

Get Your Revival Study Bible! 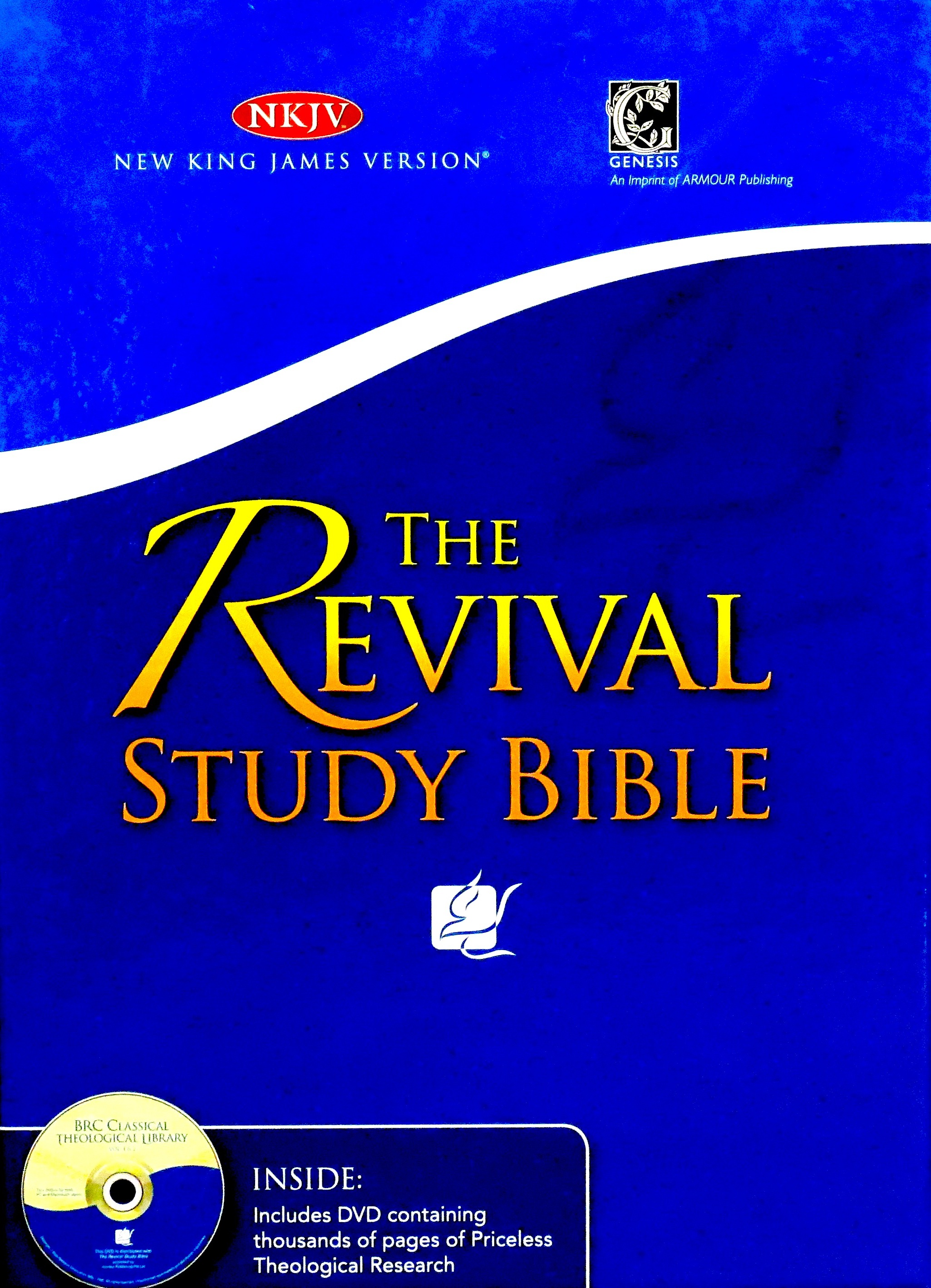